Yes, I am keen on “additive manufacturing”, but it actually annoys me when people call additive manufacturing “3D-print”. The reason for this is that the term “print” evidently gives many print providers some sort of hope that a new business model might be created, which could compensate for lost sales over the last few years. But 3D-print has got about as much to do with “printing” as, for example, an ironer or the ”Roadprinter” for instance (thank you to  Markus Müller-Trabucchi for the tip!).

Nevertheless I was delighted that Frank Ruske, Head of IT at Flyeralarm, launched the “My3D” project more than a year ago. Here’s a brief recap, as I have already reported on this topic in more depth. People could get an all-over body scan and then have a “Mini-Me” figurine of themselves produced in sizes ranging from 20 to 50 cm – all to suit the buyer’s requirements and budget. Well, they lacked any flexibility and vital bodily functions, but otherwise these mini-likenesses were basically an amusing idea. Back then I bravely tried it out myself and was really impressed by the result, since I had evidently shed a few pounds – almost by going on a virtual diet.

Flyeralarm has now cancelled the project, as of March 1. There is no explanation as to why on the website. But if you are familiar with Flyeralarm and its philosophy of “trial & error”, then this sudden demise of the 3D business model at Flyeralarm doesn’t come as a surprise. In the absence of an explanation, I can only assume that it quite simply did not make commercial sense. When trying it out myself I soon realized that glasses, certain types of clothing or a certain body posture could definitely cause problems. That’s because any elements in the Mini-Me additive manufacturing process that are too filigree simply can’t be printed. Furthermore the body scanners – as delegates also found out at the last OPS in 2015 – are definitely prone to failure or error. Plenty of scans were performed but in the end nothing really worked out. Ultimately I believe that nearly every scan had to be laboriously re-engineered, until they were fit to be manufactured. These are costs that Flyeralarm presumably had not budgeted for. 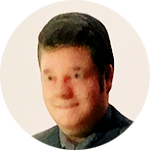 “I would simply want to see more bold experiments in the online print sector – because additive manufacturing of course offers the printing industry a number of benefits too.” – Bernd Zipper

I think that Flyeralarm will persevere with the topic of 3D in its new Flyeralarm FutureLab, which I would love to visit. Of course additive manufacturing offers the printing industry a number of benefits too. But what is meant here is not so much the “printing” of organs or Mini-Me figurines, but much more the use of “3D-print” technologies in production. I am thinking here of the digital cutting and creasing company, Highcon. Its technology makes smart use of polymer print to hard-face a grooved and fluted roller. Highly flexible and really smartly thought out.

And ultimately Flyeralarm’s decision to scrap a non-functioning business model definitely makes sense. The group is not in the rudest of financial health. While the conventional print business weakened around the turn of the year – it recorded sales growth particularly in its advertising media business. And the group is still in the process of repositioning itself following the brief reign of former CEO Schmedtmann. I can imagine that it still has a long way to go. And the direction in which Flyeralarm is heading – focusing on its core business – is spot on in my opinion.

What does the scrapping of this model mean for the printing industry or even for online print? Well now, nothing. It isn’t actually a business model for the conventional printing industry. Nevertheless I thought it was great and I wish other companies would be bold and experiment – because something will come of it at some stage …