Cimpress recently presented its latest quarterly figures. In the accompanying letter, Robert Keane, the CEO of the online print market leader, was extremely confident about the future of his company. However, a close look at the figures shows that perhaps the overly euphoric sentiment may not be entirely appropriate.

As the market leader, Cimpress is broadly positioned and covers various customer groups and business models with its subsidiaries. With the figures and forecasts now presented, it is therefore worth taking a closer look at which areas are developing well – and which are not likely to see a quick return on investment.

In the short term, investors are unlikely to be in for a windfall. Keane makes this clear when he outlines his company’s strategy as follows: “We often make decisions that can be considered suboptimal when judged by criteria such as medium- or short-term sales, profit or cash flow.” But Keane and his team are convinced that the costly investments will pay off in the long run. The stock market is apparently betting on quick returns: after the quarterly figures were announced, the Cimpress share price initially sank slightly.

To some extent, the figures in the balance sheet provide grounds for the confidence that Keane exudes in his letter to investors: Cimpress’ end-customer business continues to run comparatively stable. Vistaprint is a good example here. Although the Corona pandemic also had a negative impact on profits in this area, sales growth of 8 percent was nevertheless quickly once again achieved. Advertising budgets that had been held back during the height of the crisis were put to use as the economy began to recover – and successfully so. To leverage the market power cemented by investments, Cimpress is also investing more in upper-funnel advertising, i.e. in the acquisition of potential new customers.

The situation is different for the subsidiary PrintBrothers (WIRmachenDRUCK, among others), which is managed by Cimpress together with The Print Group in the “Upload-and-Print” division. In the quarterly report, Keane did write that PrintBrothers had already returned to “pre-pandemic profitability” from 2019. However, growth has not yet recovered, with just one percent recorded compared to the pandemic year of 2020. In 2019, there was still 8 percent growth on the books. This shows that even a giant like Cimpress is subject to the influences of the B2B pandemic. Sure, it’s not pretty – but it will give a lot of smaller online printers a bit of encouragement, because these companies are also (still) suffering from consumer restraint in B2B online print.

In its annual report, Cimpress mainly emphasizes the positive sides of the balance sheet, but the company nevertheless seems to be aware that countermeasures need to be taken: Keane also announces investments in “key areas” for the Upload-and-Print division. In particular, an even closer integration of all subsidiaries with the company’s own mass customization platform is intended to increase efficiency. One thing is clear: investors are reluctant to be held hostage any longer by stagnating growth forecasts. This is also shown by the current share price developments. Personally, I don’t put much stock into shares – but for a company like Cimpress, long-term positive or stable development is essential for survival.

My Take: By comparison, Cimpress has come through the Corona crisis in stable shape – especially because of its strong end-customer business. Vistaprint also works well because the company is where its customers are to be found. A new partnership with Wix, a website-building service, will make that strategy even stronger. Moreover, it’s a smart move, because if a SoHo customer uses a platform like Wix (yes, it’s really called that), among others, they can access print services from Vistaprint. Integrated services are very convenient for users and convenience is an important aspect of e-commerce and one of the success factors of the big onliners like Amazon and co. In other applications and websites that offer mass customization, the Vistaprint service is also integrated in the background. I wouldn’t be surprised if other platforms were added. The upload-and-print sector, on the other hand, hardly grew at all during Corona – but it didn’t make any losses either. Cimpress investors are forgiving of minor price fluctuations because, like CEO Robert Keane, they trust that the long-term investments will pay off in the end. It’s the “blended” approach – combining B2B and B2C services under the Cimpress brand – that makes the group less vulnerable to the economic impact of a pandemic. But they also make the overall construct complex and sensitive, because B2B and B2C in e-commerce are growing ever closer together, and at some point the boundaries will become blurred – at which point customers will inevitably demand even more service. Expensive service that will eat into the already tight margins in the upload-and-print business, for example – and then Cimpress will have to come up with a recipe…
Summary 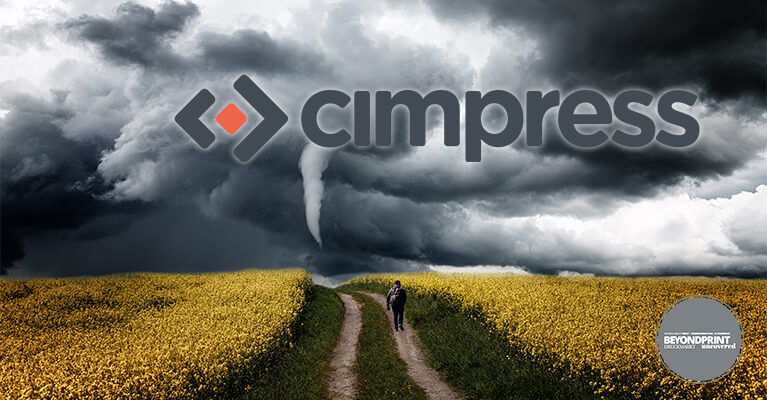