Heidelberger Druckmaschinen AG is no longer going to drupa! What would the cinema be without popcorn? Is that even possible? Sure, it is, it’s just less fuel. Heidelberger Druckmaschinen AG has been the driving force and designer of drupa since 1951. The German company, under whose influence the meeting of the printing and paper industry established itself as the leading global trade fair, will no longer be located in Düsseldorf? Is that possible? Yes, it is possible, and it will make the trade fair look rather meagre. Especially if several companies follow suit. Xerox, Bobst and now Heidelberger. Who is going to cancel on drupa next?

First the visitors, this can be estimated. Although, in terms of the number of visitors, drupa was still in 10th place among the most important trade fair events at the end of the year, although most of the blue collared workers left the fair some time ago. Gone are the days of the corporate trip to Düsseldorf.

“In the future, we will rely on new, virtual trade fair concepts and regional events in the growth markets for closer and individual customer communication. In this way, we are consistently focusing on the expectations of our customers,” says Rainer Hundsdörfer, CEO of Heidelberg, quoted in the company’s press release. All this confirms that the actual users were no longer attending the trade show.

However, it is not the range of products and services offered by the exhibitors at the trade show that causes visitors to skip out. It is rather the range of products and services offered by the Düsseldorf Trade Fair Center to the exhibitors and the overall concept for the visitors, which has not been updated. For exhibitors, participation in drupa is extremely expensive; the infrastructure at the 2016 trade fair was outdated and presumably could no longer meet today’s digital requirements. The concept of the fair is outdated. The website and the approach have not seen any changes in the last 8 years. “Embrace the future”. What does that slogan mean? You can mourn the past and you can hope for the future, but you have to work for today. Here’s where I agree with the Dalai Lama: “There are only two days a year when you can do nothing. One is yesterday, the other is tomorrow.” Today is the day to work and to live.

There is no life at the Düsseldorf Trade Fair Center! Following the announcement of the world market leaders, the reaction of the fair the next day was a hygiene and infection protection concept. Wow! This has been available to download from the retail trade associations, Dehoga or the Federal Ministry of Health for about eight weeks. Okay, by fax polling it was not available. Now, let’s take a look at the IAA Concept Release. The German automotive industry is equally shaken. A number of cities had submitted their best ideas for a “new territory” theme. The relocation to the Isar is well thought out and well calculated. There are real innovations, and the assumption that the IAA should become the leading international platform for future mobility was bought from all those involved. This is how you roll out the carpet! 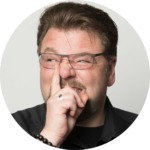 “We can see how a traditional trade fair has forgotten to renew itself and make the right decisions. Drupa has gone too far away from the public and the suppliers.” – Bernd Zipper

If Heidelberg Druckmaschinen AG, as a long-standing partner of drupa, would like to continue to contribute its experience in order to adapt future-oriented trade show concepts to the new digital possibilities and customer requirements, then this is an expression of maximum dissatisfaction. I can remember one of the previous pre-drupa press conferences where exhibitors called for more options, more innovation and more integration. Little happened and exhibitors and attendees were left to their own devices. Anyone who is now surprised that first the attendees and then the exhibitors are leaving is naturally looking for an excuse. Covid-19 has come just in time! While some are getting up, others have not even realized that they are down.

In terms of turnover, the German trade fair industry is highly regarded not just in Germany but also internationally: five of the ten largest trade fair organizations are based in Germany. Over the past 15 years, the turnover of the trade fair industry has increased almost without exception. Could that be the reason for the inaction? Was one complacent and too confident? If a fool becomes too comfortable, then he is skating on thin ice. Or to put it another way: If I, as a trade fair organizer, have no idea about digitalization, can I offer my customers the FlashPlayer as a service under Design Solutions? That has been out of the game since 1.1.2020! This is exactly what drupa could be like if it does not quickly come up with something that goes beyond secure preconditions for successful trade fairs in times of Corona.

My Take: The applause might be the artist’s bread and butter. The applause is given by a captive audience. If this audience, for whatever reason, does not come to the performance, the effect and income is foregone. I can understand those artists who don’t want to play without an audience. The costs must be offset by a positive outcome. In this case, a global player like Heidelberger Druckmaschinen AG, like the seller of adhesive tapes at the junction between two trade fair halls, is calculating. Those who want to embrace the future are trying to achieve the impossible: To capture time! I hope drupa succeeds in reinventing itself. Perhaps annually, on a smaller scale and at a different destination. I imagine a summit with innovative people, an open house for the inspired and a dialogue that will accompany us from today into the future.
Summary

Article Name
Market: Imagine it' s drupa and nobody is there...
Description
Heidelberger Druckmaschinen AG is no longer going to drupa! What would the cinema be without popcorn? Is that even possible? Sure, it is, it's just less fuel. Heidelberger Druckmaschinen AG has been the driving force and designer of drupa since 1951. The German company, under whose influence the meeting of the printing and paper industry established itself as the leading global trade fair, will no longer be located in Düsseldorf? Is that possible? Yes, it is possible, and it will make the trade fair look rather meagre. Especially if several companies follow suit. Xerox, Bobst and now Heidelberger. Who is going to cancel on drupa next?
Author
Bernd Zipper
Publisher Name
Beyond-Print.net
Facebook Twitter Google+ LinkedIn more
Pinterest Tumblr Email
Bernd Zipper