At times, you might get the impression that it must have been incredibly savvy businessmen who invented the Internet. It’s as if they asked themselves: How can we conveniently reach as many people as possible on the planet, sell them products around the clock – and to make it all work perfectly, even make them totally transparent without them noticing?

At any rate, this goal has long since been achieved – even if that was undoubtedly not the intention of the people who built the pre-commercial Internet. They had lofty goals: Networking universities, exchanging information, making knowledge available to the world.

The user is the product

Today, however, we are being watched wherever we walk, stand, sit – or move (on the web, but also in any other ways). We know it. And yet we just let it happen. Perhaps because there is nothing we as individuals can do about it in any case? Maybe because we have sold our souls. The deal: free services – but in return, we are “naked” in terms of data. The user is the product.

Many of us have accepted this. But maybe that’s only because we have no idea what the big players are learning about us – and how they do it. When we use Facebook and Google, of course, we know that anyone who engages with these services leaves behind a tidy trail of data.

But what so-called “trackers” learn about us is much more insidious. This is the name given to systems that monitor us far beyond an application or app – and record everything that could be relevant. As a rule, unasked.

Trackers: The Stasi of the Advertising Industry

On websites we get the impression that there must be many of these trackers. After all, we constantly have to confirm cookie windows that are getting longer and longer. An indication that the cookies are not only used to carry out the shopping cart – which is a good purpose of cookies – but to do much more. The so-called “tracking” cookies ensure that we are monitored and made transparent.

Trackers are the Stasi of the advertising industry. Sooner or later, they find out everything about us.

It’s especially difficult with apps. There are no cookie windows – but nevertheless lots of trackers. According to recent studies, there are on average (!) six different trackers in every app. Six! Experts recently examined 450 Android apps. And in all 450 apps, location data was tapped. In all 450. Not that the apps even remotely needed this data.

Nevertheless, they are tapped – and sent to data brokers. Mostly advertising networks (Google, Facebook, Amazon) that can use all the data. Because the more data, the more precise the profile of each individual. The more precisely tailored advertising can be presented. The more sales. And that’s what the web is all about, isn’t it?

Apple is becoming increasingly disturbed by the exploitation of user data. Apple has not only programmed the Safari browser in such a way that overzealous trackers are interrupted or blocked, but has also just announced an initiative that clearly declares war on trackers. Soon, the MacOS and iOS operating systems will be programmed in such a way that users will be notified of every request for data – and will have to approve it accordingly. The photo app will then no longer be able to simply access all photos in the library to read out location data. Or access address books or other data without being noticed.

In the future, iPhones and Macs will show users on request and at any time which trackers are active in the device – and in which apps and applications exactly. It will then be easy to deactivate individual or all trackers. That means transparency and control. That’s right, Apple! So that makes the snooping systems potentially blind. Facebook is hugely bothered by the announcement and has really gone to war against Apple.

Facebook has already launched a PR campaign simply because Mark Zuckerberg’s company sees its fortunes swimming away. Because, of course, Apple’s intervention will make it much more difficult to unabashedly spy on users in the future if they suddenly notice – and have to agree.

To pursue this theme further: It makes a difference whether you generally know that you are being spied on – or whether you know that your neighbor is also spying. Thus, there is a lot of movement in the matter.

But why is Apple doing this? So far, there seems to be an invisible bond between all Silicon Valley companies that no one is cutting. They all subscribe to the same mantra: It’s good to pretend our services are free. It’s fine to cannibalize our users’ data and privacy. It’s perfectly fine for us to do it covertly and be okay with it.

Apple is stepping out of line. But Apple can afford to, too. Because Apple doesn’t make a living exploiting user data. Apple can now score points with people who don’t completely care about their privacy: Look here, we care about data protection and privacy.

Very commendable. This should be the general direction. Actually, it would have been long overdue for the EU to introduce such rules and prescribe transparency and monitoring. Although initial approaches are discernible in politics, it is not happening fast enough. Now, suddenly, the market is regulating it.

Even Google has felt compelled to react. Following Apple’s lead, Google has also announced that it intends to introduce similar – though not nearly as far-reaching – measures in Android. Clearly, Google is making a mess of itself if trackers are switched off. Google lives from advertising revenue – and certainly doesn’t want that to change. But Facebook will be hit the hardest. Facebook is the world champion in exploiting user data.

But let’s be realistic: Trackers and the associated industry behind them, which collects, aggregates, evaluates and cannibalizes data, only has to fear an end if we accept that things cost money. If we were willing to pay money for more apps – instead of putting up with advertising or accepting tracking. 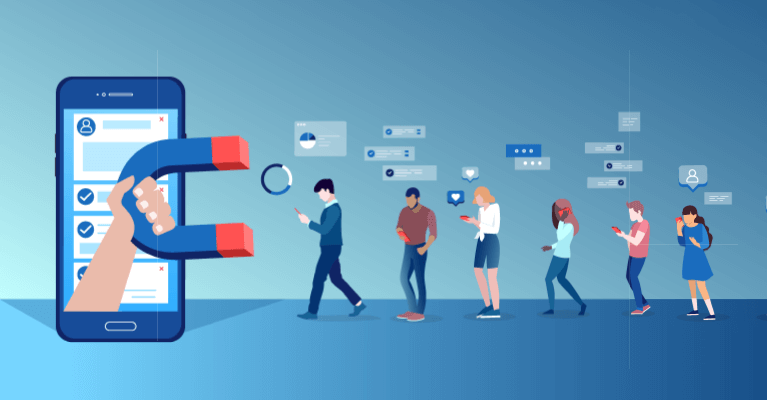 Article Name
Market: Trackers - They know more than the Stasi
Description
At times, you might get the impression that it must have been incredibly savvy businessmen who invented the Internet. It's as if they asked themselves: How can we conveniently reach as many people as possible on the planet, sell them products around the clock - and to make it all work perfectly, even make them totally transparent without them noticing?
Author
JÖRG SCHIEB, ARD-IT EXPERT
Publisher Name
Beyond-print.net
Facebook Twitter Google+ LinkedIn more
Pinterest Tumblr Email
Redaktion