Software for photo eCommerce? Yes. Print? As well. A number of interesting solutions for the lucrative online photo print segment were on show at Photokina 2018.

No matter whether via laptop, tablet or smartphone – photo products have for years been among the most popular products that you can order online. And anyone who approached this year’s Photokina from an “evolutionary perspective” as regards print-related photo applications would have identified two aspects in particular that currently need to be harnessed in order to be successful in this business: convenience and high-end. And if you consider the sales potential in the lucrative photo eCommerce software market and every kind of Internet-based photo product finishing solution, then you soon realize why software and hardware providers from this segment are all evolving in the direction of these two aspects. According to the Photoindustrie-Verband , sales of value-added photo products (e.g. calendars, gift items and posters – not prints) in 2017 amounted to around 220 million Euros just in Germany alone, which represents an increase of 7 million Euros compared to the previous year. Sales of photobooks in Germany increased even more sharply to 303 million Euros – which represents a rise of more than 12 percent compared to 2016. This is a lucrative field of business activity, particularly because further growth can be assumed. That’s because what’s happening on the international market is similar to events on the German market. So that is reason enough to take a closer look at a couple of international (specialist) providers from this segment at Photokina 2018, which is what I have done on your behalf.

Anybody who has conducted research on mass customization in the photo segment in the last few years can’t have failed to come across one particular German provider: Picanova. This Cologne-based company was virtually playing at home and exhibited a number of recently launched print-related solutions for selling photo products. Among other things there is a new B2B corporate website, which showcases and provides access to its familiar product portfolio. Interested parties were also able to take a closer look at the Photo.Club project at Picanova’s booth in Hall 3.1.

Cewe, one of the five largest German online print businesses, takes a slightly different approach to reaching out to B2C customers. As I said before, from an online photo print standpoint the major issues in the recent past and at least in the near future have been/will be high-end finishing and software that makes going to print easier. Cewe is showcasing the latter, for example, in the form of an option of automatically producing photobooks using a mobile terminal device app. First of all, a picture source folder is selected via smartphone/tablet. The software takes a load of work off the photobook compiler’s hands through automatic, metadata-based selection and arrangement of photos. The app arranges photos in chronological order, avoids selecting out-of-focus images and generates a suggested photobook with a title and a certain number of pages on the basis of geodata and recognized events. If, for example, the number of pages exceeds the compiler’s own limit, also in terms of price, that limit can be adjusted, whereby the software simultaneously adjusts the number of images selected. Also new is the option of setting up projects via a smartphone app. This involves preconfigured ordering units, which can be printed out at your local instant photo station without delay or further processing. Convenience is what counts.

Current solutions by platform provider di support, which was established in 2000, are also targeted specifically at smartphone users. The company has provided software for photo-based product personalization purposes for a long time now; this year di support launched PrintCube, a modern version of what is, visually speaking, a familiar PoS photo booth for printing out smartphone photos. This is where the app, in which the photos are selected and the order placed, comes into play. The QR code, which is generated to match the order, then serves as the basis at the PoS for the PrintCube to print out the photos. This visually appealing technology also includes the pixolo product range, which allows you, for example, to combine frames and accessories with photo products through magnetic binding. 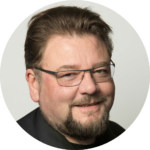 “If you went looking for them at Photokina 2018, you would have found them too. Providers that adhere to two aspects of being successful in a growing field of business activity: high-end versions of printed photos and software that simplifies ordering, especially via smartphones.” – Bernd Zipper

Taopix, a product personalization software-only provider that I reported on at the last show, again exhibited at Photokina 2018. One of the Newcastle (UK)-based software service provider’s newest solutions is its self-styled “intelligent photo commerce software”. Taopix.ai is what the developer calls this solution, which automatically produces photobooks on an artificial intelligence basis. For this purpose more than 100 points of relevance on the faces portrayed in the photos are “scanned” in addition to the necessary metadata, for example, to assess their quality. The software is supposed to be capable of recognizing, for example, whether a face is depicted in full, whether it’s smiling etc. This process generates a photobook where the compiler can also step in themselves, based on a choice of certain volumes, page templates and subsequent editing options. And anybody that wanted to obtain information about the thoroughly fascinating partnership between the B2B service provider and the recently established, cloud-based print job broker Cloudprinter, inquired at Taopix in Hall 5.1 about the new Taoprint project.

Mediaclip, the Canadian provider of personalization software solutions, also showcased several new features at Photokina. I have already illustrated the basic idea behind Mediaclip’s software and how it works in detail recently in this blog. Brand new features that have been added include the incorporation of a photobook cover engraving, embossing and foil stamping function into the Design tool, as well as the option of changing products during the ordering process. This verifiably reduces bounce rates among Mediaclip’s business customers by enabling buyers, for example, to opt for a different size, different layout etc., even after they have designed several pages of their photobook. The content can then be transferred to the other product without loss, which is why this option is also suitable for other photo gifts that can be visualized in the context preview. Mediaclip is currently working on other app integrations, for example together with the Danish software developer Softec ApS.

Those folks, who had up to this point not been able to get their hands on anything “tangible” as far as print finishing is concerned, were able to catch up with some thoroughly interesting providers at this year’s Photokina. One of these was Photobook Technology, a Swiss manufacturer of finishing machinery. At their rather plain booth in Hall 3.1 the PT team provided detailed information about three machines for automatic hardcover production in a range of configurations. Photobook Technology provides modular machinery combinations especially for increasingly lucrative short print runs as well as for lay-flat photobooks.

Silverbook (Die Albenmanufaktur) offered fans of superior quality a wee treat in Hall 4.2. The German photobook provider demonstrated that operating a proprietary webstore does not prevent the art of bookbinding being applied to batch production. That’s because the wide range of book cover materials available and live bookbinding (see above) exude a certain charm, which I have only seen sporadically among the multitude of high-priced photobook providers. This boutique manufacturer provides an online design tool with a wide choice of templates via its webstore. Completed photobooks are also produced as a digital “scrolling/leafing” versions, which can be used for sharing purposes. This is how the Norderstedt-based company combines the haptic benefits of print and finishing with the online sales channel.

My take: as far as software and finishing were concerned, I preferred Photokina 2018 to the 2016 edition. Of course, there were other interesting providers at the show in addition to my small selection. But in my opinion the solutions showcased demonstrate what online photo print can do to satisfy increased, sophisticated demand. And there have been indications since the last Photokina that this demand can be met by both high-end products and in particular software solutions tailored to mobile terminal devices. At any rate artificial intelligence, convenience in terms of producing and ordering photo products and new finishing options offer further corporate evolution opportunities in the photo segment. We shall see whether the next Photokina in May 2019 spawns further innovation in the online photo print sector. 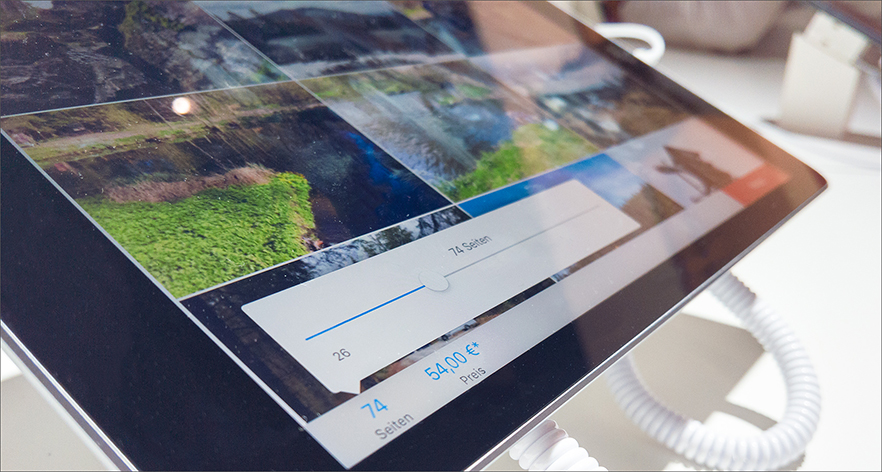