“SPIEL ’16” in Essen is regarded as the world’s largest consumer exhibition for board games, but what on earth does the world of board games have to do with (online) print? Quite a lot, as it happens!

Record numbers of visitors and exhibitors would seem to herald a board games renaissance. More than 1000 exhibitors from 50 countries showcased German and international ranges of “analog” games and unveiled a few new products in 68,000 sqm of exhibition space. I went and browsed and took a closer look at offerings of interest to and produced by (online) print providers and online print software speciali

When you think of board games, you first of all think of the past. That’s because apps and online games are now conquering and dominating the games market –so you would think. Some games fans are again attaching increasing importance to direct interaction and haptics – and that is set to benefit the print industry! As I took a closer look at “Spiel ’16” in Essen, I was really surprised and impressed by how busy it was and by the range of offerings. Instead of the usual snacks, beverages et al, nearly all of the 1021 exhibitors provided their own games-playing areas. According to Merz-Verlag, every second exhibitor came from abroad. So-called “explainers” edged through the crowds and patiently explained the rules of each game to every visitor.

All those involved in the games industry, from games fans via authors, developers and publishers through producers, were represented. After the first 15 minutes you already felt like the teenager, moseying through the comic book store that fans of “Big Bang Theory” are familiar with. Visitors crowded around every booth in the seven packed exhibition halls. Games fans even gathered on the floor and busied themselves with board games that had been broken down into some 250 individual print components. Of course the digital world indeed continues to capture interest, yet a “real game” that you can touch brings our “hunter and gatherer” gene to the fore.

I was put right as far as my illusion about visitor age distribution was concerned. It was not kids that mostly dominated the visitor numbers. As we know from the games industry, all age groups from 0 to 99 were represented and they were literally enchanted by the scores of colors and the haptic appeal of the games accessories on show. Learning, testing purchasing directly at the booth. Yet doesn’t the market end there? No, it’s just getting started! Be it B2B or B2C, everybody found something to take their fancy.

The merchandising booths revealed that demand for personalization and mass customized products is also taking hold in this segment. Is your game not personalized enough for your liking? No problem! A massive selection of proper coins, dice or counters/tokens provided people with the opportunity of making a standard board game into THEIR own personal one. Personalized boards and cards are not necessarily new, but mass customization in the games industry is still in its infancy and therefore harbors a great deal of potential. What about personally created 3D-print counters/tokens, for example? Moving your own likeness or perhaps that of your own pet across the Ludo board gives the whole shebang a certain special thinginess. The fact that people are interested in having their own personalized games in their own design and that demand for board games is once again growing at a rapid pace is demonstrated by record visitor numbers, by the range of products and by the more than 1200 new releases at the exhibition. 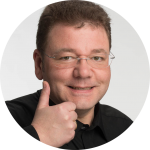 “Be it personalized counters/tokens (using 3D-print), design-it-yourself boards or individualized accessories – print mass customization is now a reality in the games industry too.” – Bernd Zipper

Painting by numbers – everybody is familiar with it and has at one time or another completed the odd motif themselves. But it needs to be a tad more modern and more varied than something like `Kittens under a glittering full moon´. Schipper Arts & Crafts, for example, has provided a remedy; “Male deinen Liebling” (Paint your darling) is the name of its new product, for which, according to the company’s website,  a dedicated image editing program, which converts a portrait photo into a “Painting by Numbers”-style painting template, was developed. However you can only send the image by e-mail to the Noris-Spiele-owned company for painting template creation purposes in exceptional cases. As a general rule Schipper Arts & Crafts only accepts analog or printed photos sent by post.  `Digital transformation’ and its enhancement continue to be an issue here too.

Another business that has definitely grasped and embraced mass customization at the right time is Luudoo. Luudoo is a brand owned by Berlin-based company Ludufactur GmbH and currently the only provider of personalized, licensed board games in German-speaking countries.

What is interesting is that Luudoo is not only a licensed partner of Schmidt Spiele, Kosmos Verlag, Pegasus Spiele and many others, but also that it is, in my opinion, playing a leading role as far as the issue of individual 3D-modelling is concerned. Personalized boards, playing cards and packaging are just the start. The online editor that uses facial recognition enables you to transfer your own likeness at the right angle on to playing cards. And if you still want more, you can have your head-and-shoulders bust modelled as your own unique 3D-print counter/token for € 19.90, directly in the browser using facial recognition technology. By manually setting the most important anchor points in your likeness, the editor calculates the required measurements. While the results are not completely satisfactory at this early stage, Luudoo is nevertheless heading in the right direction as far as the development of the software is concerned. Incidentally the models are produced by the US 3D-print specialist Shapeways (established in the Netherlands).

My take: any print provider with personalization skills is certain to view the world of analog games as an interesting market.  And several software developers with neat solutions for the online print sector up their sleeves are also active in this field. Taking a look round exhibitions like “Spiel 16” is definitely worthwhile, because board games consist of a surprisingly large and increasingly personalized quantity of print products – and somebody must have the know-how and the technology in this growing mass customized print products market…