Spreadshirt has ambitious plans to achieve leadership in the lucrative US customizable clothing market in 2017. But is the competition going to let that happen?

Spreadshirt’s CEO Philip Rooke just recently announced the company’s new strategy for 2017 – “US first” or rather “Focus on USA”. After stagnating sales in 2014, which followed Spreadshirt’s strong performance in 2013 at sales of nearly 72 million Euros, 2015 again saw a substantial increase in sales revenues. The figure of 95 million for the 2016 fiscal year, a greater proportion of which can be attributed to business in the USA, has not yet been fully audited. So the company now knows in which direction it is headed in 2017 –the aim is to gain massive market share in the USA and to continue consolidating its position in Europe. The objective is global market leadership.

You can describe the global market leadership thing as thoroughly ambitious, particularly given that the company, which was set up in 2002, is not short of competition in its chosen field of activity. Other major providers also have mass-customization clothing in their portfolios and they are investing heavily too. Flyeralarm has clearly been pressing ahead with expanding its clothing print product portfolio since 2015 as well and has already announced two investments in this segment very early in 2017. This purchase this month of a Kornit Allegro LFP press is intended to enable larger household textiles to be produced from March 2017 onwards. And before that in February, Flyeralarm wants to ramp up its DTG T-shirt printing capability by commissioning a Storm II (from the same manufacturer). And let’s not forget Cimpress and Amazon, which account for a not inconsiderable percentage of eCommerce in mass-customized products. That’s because the business in textiles that you can design and order online is set to grow substantially in the next few years – but more about that later…

Spreadshirt now has a reputation as an international specialist for on-demand printing of garments and accessories. It provides designers and companies involved in this segment with marketing opportunities in the form of marketplaces, white-label stores and personalization options for single and omnibus orders. Of course, one of Spreadshirt’s strengths is its affiliate program. Its platform, which was newly set up in November 2016, provides resellers with a broad, attractive offering. After just one month the Leipzig-based company reported its partner section delivering an increase of 28 % in newly registered stores and also 25% more first-time buyers –which is logical if more partners than providers use the same platform. The new partner section and the sales increase of more than 10% (from 2014 to 2015 and 2015 to 2016 respectively) plus its global business mean that Rooke et al can enter 2017 with confidence. Even so, according to the company, the number of its partners around the world is more than 70,000. And expanding its US business is not far-fetched either, given that it has had facilities in the USA for a while now – in Greensburg, Pennsylvania and Henderson (Las Vegas), Nevada. These two locations on the East and West Coasts enable Spreadshirt to distribute its products in a way that makes good business sense. Nothing has been produced in Germany any more since the Leipzig production facility closed down. The company’s headquarters is however still located in Eastern Germany. The focus of European production shifted in mid-2016 from the Leipzig plant to factories in Legnica/Poland and Krupka/Czech Republic. In total more than 180 countries are currently supplied.

And why does the company really want to cut loose in the USA right now? Boosted by its new partner section and recent strong sales performance, the textile specialist wants to outdo the local market leaders, grow further and raise its global profile even more. If you take a look at the clothing eCommerce numbers, this ambition makes sense, because demand for mass-customized products that people can wear is set to increase considerably in the future. Textile print is therefore a lucrative business and becomes even more lucrative the firmer the foothold that companies gain in the market. 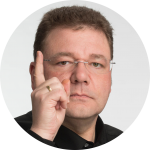 “No matter how lucrative the designable textiles market outside of Europe is, the competition never rests and operates to some extent without partner programs. Spreadshirt is going to have to do quite a lot of things right to achieve the same level in the US as it has already achieved on this side of the Pond.” – Bernd Zipper

Based on figures for 2016, the textiles market is forecast to perform as follows (Source: statista). I have excluded –and have done so deliberately to highlight sales volumes of “normal” clothing – shoes and bags, which some major online print providers already offer as part of their mass customization programs.

This chart represents all fashion products sold via eCommerce channels, not just those that you can design yourself. But as you can see, there is plenty of potential – and that is what Spreadshirt wants to exploit. And if you consider that the forecasts anticipate that China will experience growth rates that are twice as high (some 17 % annually!) in this segment, it is only a matter of time before the major players from the USA and Europe attempt to launch their programs in Asia. As always, Amazon is already involved in this region. Enough said.

And as far as the USA is concerned, a wide range of customizable textiles is also available via Amazon Custom – it is certainly not going to want to miss out on potential extra sales in the next few years. So Spreadshirt and its affiliates are going to have to work supremely hard to really pose a simultaneous danger to a number of competitors, which already handle a substantial volume of business and which are already properly established, let alone dominate the customizable textiles market in the medium term.

Three of the providers, which Spreadshirt itself has identified as competitors in the US market in 2017, are CustomInk, Redbubble and Teespring. To date, all three have been very successful providers of platforms and/or customizable textiles and accessories – so Spreadshirt is really going to have to make a supreme effort to take market share off them in this lucrative market. If the outlook is good, they are certain to invest as well. Just to give you an idea of size, by way of comparison: CustomInk (set up in 2000) generated sales of USD 45 million selling via mobile devices just in 2015, which roughly equates to half of Spreadshirt’s total sales in 2015. Teespring, only established in 2011, also has a presence in Europe (London) and expanded its portfolio substantially in 2016.

Well, but what really astonishes me is the name chosen for Spreadshirt’s campaign, which sounds very much like the name of the campaign employed by the USA’s new populist-in-chief, or should I say new President. The latter is constantly sounding off about “USA First” and is threatening to impose punitive customs duties on imports or build walls etc. While I can see what the aim of the name is, it is incredibly insensitive. Or do you want to be tarred with the same brush as the oh so honorable President of the United States, Mr. Rooke? It could be that I am just stroppy, because all of our previous attempts to get in touch with Spreadshirt or to motivate Mr. Rooke to give a presentation at the OPS have failed. It’s a shame – it really is.

My take: Spreadshirt’s plans are understandable and extremely ambitious. The competition in this particular segment is not exactly insignificant or shy and retiring either – others are aware of the numbers and are investing accordingly. That’s why I am extremely curious about how Spreadshirt’s campaign is going to progress this year. Because to pose a real threat to the other established players in the States, the decision-makers at Spreadshirt are going to have to combine a cracking concept with patience. And I wonder whether its “Get involved partner program” is going to work in the USA. Apart from the major players with their expansion plans, the customizable clothing market is also going to attract newcomers with lively ideas. I am going to take a closer look at one of them in the near future – picturethisclothing.com. It offers printed dresses for girls based on pictures that girls draw themselves. Superb idea! I will take a look.