Significant double-digit sales growth and the majority shareholding in a successful on-demand soft goods production platform characterize what has been happening at Cimpress recently. Last year’s changes seem to be paying off, right?

Cimpress has once again acquired a company. So there’s nothing unusual in that. And although you can’t tell at first glance that this transaction involves a print-related start-up, the direction in which Cimpress is heading continues to take tangible shape. We’re talking establishing a proprietary mass customization platform that in fact includes products and services that many print and other providers have not previously associated with the parent company of Vistaprint, WIRmachenDRUCK, Tradeprint et al. Vida & Co., the recently established, creative soft goods eCommerce business is therefore another brand that is joining the Cimpress family – and both are benefiting very handsomely from doing so! That’s because online commerce in (on-demand) soft goods promises to deliver further growth at double-digit rates.

What’s the story behind the acquisition of Vida & Co. by Cimpress? Familiar investors like Google Ventures, Universal Music Group and The Valley Fund already provided 1.13 million Euros (1.3 million USD) worth of start-up capital when Vida & Co. was launched. Further funding included another round of seed investment worth around 4.8 million Euros (5.5 million USD) in 2017, which fueled growth. And now it’s become a Cimpress brand – the deal was done in the middle of Q1 of Cimpress’ fiscal year, i.e. at the end of July 2018. As with previous acquisitions by the world’s largest mass customization and print provider, the newly acquired Vida & Co. (a 74 percent stake purchased for around 25 million Euros (29 million Dollars)) operates as an independent brand within the Cimpress portfolio. The start-up’s management, which consists of CEO Umaimah Mendhro and her team of 12, is continuing at the company’s helm. According to Robert Keane, the incumbent senior management team will continue to be tasked – as co-owners too – with purposefully determining Vida & Co.’s fortunes and laying the foundations for a successful future. In that respect Robert Keane is sticking to his principle of keeping existing CEOs and management boards of acquired companies in office over the long term. This is very much in line with Cimpress’ decentralization strategy, which was launched at the start of 2017 (I also reported on that announcement here in this blog).

However no reliable sales figures have so far been made public. But you can assume that the eCommerce platform is operating profitably. That’s because the principle of buying or at least taking a majority stake in recently established,  profitable businesses – irrespective of which print or mass customization segment – is a “tradition” that is frequently practiced by Cimpress.

And how does the Vida & Co. platform work? When a designer uploads their work to Vida’s Design Studio, the company holds exclusive rights to use, display and promote that work and the creative is paid 10 percent from net sales of all products incorporating their designs. These products include shirts, scarves and shawls as well as accessories. It’s intended to be simple – and apparently that’s what it is too. That’s because any designer, be they a photographer, illustrator, sculptor etc., who is able to convert their work into digital format, can register at the platform and access is quick and easy. And the San Francisco-based start-up is by no means an unknown quantity in the soft goods market. Featuring more than 100,000 designers from 150 countries, Vida & Co. also works with well-known brands and celebrities, like Cher for example, who in turn sell their designs via Vida.

Taken as a whole, Vida & Co. operates a network of print providers and finishers, who round out the concept of bringing designers together with buyers and producers. This all takes place on the eCommerce platform and in fact has done so since it was launched in December 2014. Those who know Cimpress well will immediately see that this start-up business’ concept is eminently suitable for integration into the MCP. This San Francisco-based creative business has also gained publicity and obtained the above-mentioned financial start-up assistance because it pursues a policy of social responsibility. This primarily involves offering designers and producers from India, Pakistan and Sri Lanka a livelihood and financial security – and ensuring it by means of simple access to the platform. 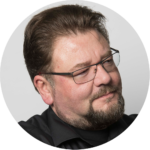 When considering all the transactions undertaken by Cimpress in the last five years, a double-digit million figure does not seem like a “major” amount for the company. Cimpress is likely to recoup the amount that it paid for its majority shareholding through sales generated at Vida & Co. within three to five years, which means the investment framework is “manageable”. But the gain in global supplier, finisher and customer contacts, alongside the on-demand soft goods-related eCommerce and production know-how that Cimpress is acquiring, is key. This allows new markets to be tapped and the product range to be increased in existing sales territories as well – Vida und Co. is also represented in the European and UK market.

Coupled with integration into the MCP and portfolio extension, Vida & Co. can therefore be regarded in the long term as a major asset for Cimpress. And viewed long term, the investments made and restructuring undertaken during the last few years appear to be paying dividends – as a glance at Cimpress’ latest financial statement shows: 13.6 percent increase in group sales to nearly 1.1 billion Euros in the first half of 2018 (not Cimpress’ fiscal year!) compared to 2017 – and at growth of nearly 13 percent, Vistaprint has once again proven to be a “safe bet”. In particular sales growth of 23.9 percent (to 325 million Euros) in the Upload and Print division and the extremely profitable acquisition of National Pen (2016), where sales grew by 30.8 percent (to 127.5 million Euros) contributed to these positive results during the same comparative period. This development has not insignificant repercussions for online print providers in the D/A/CH region that don’t belong to Cimpress’ network, especially as the Venlo-based group’s cross-brand sales increased by 33 percent just in Germany alone, which can to some extent be attributed to WmD’s good performance.

There are also plenty of signs that growth will continue at a similar pace. That’s because Cimpress is driving its expansion forward! Apart from the acquisitions that Cimpress has made during the last few years, which have been directly accompanied by an expansion of individual brands’ production facilities, the industry colossus has in the last 18 months accelerated preparatory work on further production facilities, particularly in the USA. Thus, for example in Reno (Nevada), where Cimpress started installing a factory at the end of 2016, and in Dallas (Texas), where Vistaprint is expected to bring additional production capacity onstream starting in July 2019. So the development of production capacity and the Mass Customization Platform, in the infrastructure of which 22.5 million Euros was invested just in 2017 alone, signifies that Cimpress is gearing up for the future. The acquisition of Vida & Co. and the above-mentioned expansion will therefore certainly not be the last we hear of the Venlo-based group in the coming twelve months.

My take: By acquiring a majority shareholding in Vida & Co., Cimpress is pushing into new markets and is now in a position to broaden its MCP and product portfolio considerably once again. Keane et al are focusing on the expansion and the long-term development of the entire network – and that doesn’t always have to involve a “purely” print-focused company that performs well online. This is demonstrated by the integration of this start-up creative business from the soft goods mass customization segment. And as the above-mentioned insights into recent financial and structural developments at Cimpress show, a fair amount has again happened since my last overview of how this industry colossus is evolving. That’s why the online print industry can continue to look forward with anticipation to what the industry’s top dog is going to do next. For my part, I am going to keep my eye on the ball and provide you with information related to developments in the online print market here at beyond-print.net. 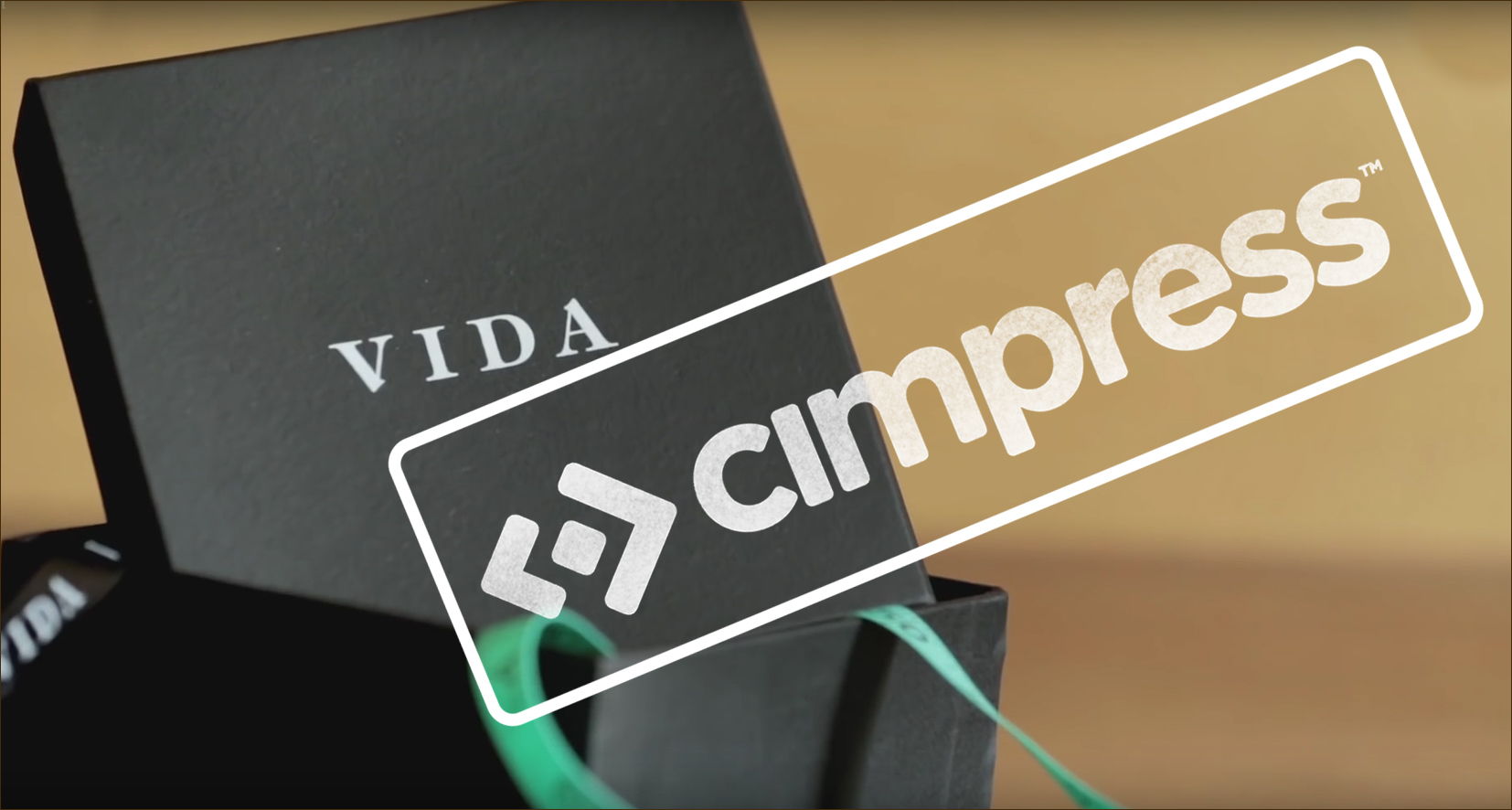 Article Name
Textile eCommerce: Cimpress proves it has the right instinct
Description
By acquiring a majority shareholding in Vida & Co., Cimpress is pushing into new markets and is now in a position to broaden its MCP and product portfolio considerably once again. Keane et al are focusing on the expansion and the long-term development of the entire network – and that doesn’t always have to involve a “purely” print-focused company that performs well online. This is demonstrated by the integration of this start-up creative business from the soft goods mass customization segment.
Author
Bernd Zipper
Publisher Name
beyond-print.net
Facebook Twitter Google+ LinkedIn more
Pinterest Tumblr Email
Bernd Zipper