Magazines are dying out. Nevertheless, they are still in vogue: While individual titles are disappearing, others are joining them. What does a magazine have to bring to the table today in order to survive on the market in the long term – and is this really always the goal?

Radio and television have not sealed the demise of the printed magazine, despite the usual warnings. The much-touted print crisis, ostensibly triggered by digitization and fueled by Corona, has not succeeded either. There are several reasons for this.

The printed magazine is a leisurely and at the same time a mobile medium: You usually read it while sitting or lying down, on the road or in your own home. In most cases, however, you don’t read them because you have to: Magazines are not compulsory reading. Behind a magazine there is usually, alluding to the classic campaign of the FAZ, an interested individual. When a trend emerges, a suitable magazine soon comes out of the printing press, often several. In recent years, craft beer and country life have been booming, but the Corona pandemic has spawned its own trends on the magazine market: the lockdown has made the home, and especially the kitchen, more important. In addition, homeschooling the children, taking care of the stock portfolio or working off the excess pounds with an individual sport were high on the agenda. For all these areas, there was or is now a suitable printed magazine – just like any other hobby or interest.

There’s a lot of work involved in producing a magazine: an editorial team researches and writes texts, the graphics department makes everything presentable, and the print shop produces the final product. Marketing and sales are also involved. So it’s no wonder that trust in printed information is higher than in websites. The aesthetic aspect also plays a role: a layout that skilfully showcases the content, high-quality materials and an appealing feel create a self-contained work of art. No website can achieve this, even though there are of course fantastic formats online. Even in committed and successful online editors, print romantics often slumber: In recent years, more and more online magazines have launched printed magazines as special editions. The team at Good News magazine is also planning a print launch, as co-founder Florian Vitello recently told Beyondprint in an interview. Print is valuable, sustainable and individual – and therefore not only trendy once again, but also psychologically advantageous. However, digital editions and offerings of magazines are steadily gaining ground: this year, for the first time, more people will read digital magazines than printed ones. In the UK, this was already the case in 2018, and in the USA in 2019.

3. Magazines are an attractive advertising market

In the analog space, the move toward niche is approaching a trend that has turned digital marketing into a highly efficient billion-dollar industry: Personalized marketing. The smaller the target group, the more effective the advertising. Data protection does not usually allow personalized advertising in printed magazines – but it certainly works in the tablet version.

In addition to the specific target groups, reach also remains relevant as an important key figure for the advertising industry. Magazines remain an important factor for advertising, even in print. In the case of established magazines, reach is increasing as expected as a result of digitization: moderately declining print circulations are not only compensated for by sharply rising digital demand, but result in higher overall reach. At first glance, this is not good news for the printing industry. However, it is interesting to note that so far, digital and analog users overlap only to a small extent. The print edition thus remains relevant not only as an identity-creating brand core, but also as an advertising platform. Ad sales, which slumped in the 2020 lockdown year, are picking up again significantly, fueled by the prospect of a successful vaccination campaign and the relaxations that come with it.

Printed magazines no longer have a monopoly position. Modern brand and media strategies are designed for 360-degree coverage: In addition to print magazines, consumers are being courted with online presences, podcasts and on social media. Print magazines, however, remain the emotional and trust-building anchor of a brand. The only counterexample is probably the personality magazines that were in vogue a few years ago: Not even the biggest print fanatic would likely claim that Barbara Schöneberger is merely a testimonial to the print magazine named after her. 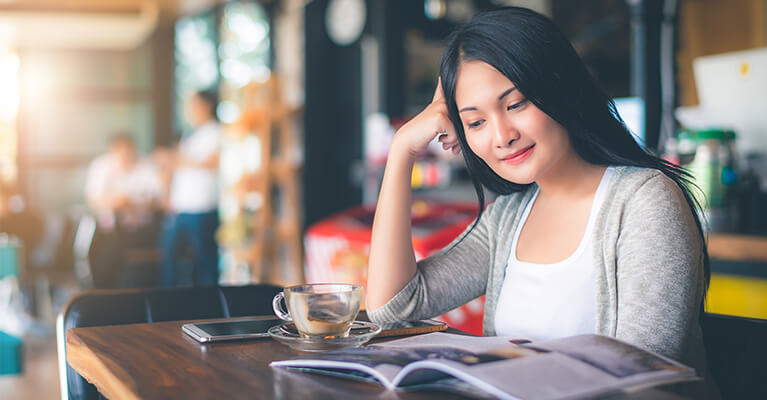 Article Name
Trends: New magazines for better sales
Description
Magazines are dying out. Nevertheless, they are still in vogue: While individual titles are disappearing, others are joining them. What does a magazine have to bring to the table today in order to survive on the market in the long term - and is this really always the goal? Radio and television have not sealed the demise of the printed magazine, despite the usual warnings.
Author
Bernd Zipper
Publisher Name
Beyond-print.net
Facebook Twitter Google+ LinkedIn more
Pinterest Tumblr Email
Bernd Zipper