Artificial intelligence (AI) is the attempt to let computers perform services for which humans need intelligence. However, this is still not possible today. It is therefore advisable to be cautious when dealing with the term artificial intelligence, since certainly not everything that is currently sold to us as such can be described as AI.

AI systems are capable of recognizing patterns, learning and making decisions. But is this intelligence? The dictionary defines intelligence as the ability of human beings to think abstractly and rationally and to derive useful action from such thoughts. This is the very reason why people are able to create something new and provide creative services. Not to mention our emotions. However, this is where AI systems fail. They cannot think and therefore cannot derive useful action. But the systems can (perhaps today already better than humans) recognize patterns and connections, distinguish between differences, learn rules and apply them.

Nevertheless: “AI systems simulate at best a part of our intelligence”, wrote Jörg Schieb in issue 5 of beyondprint unplugged. For this reason, he considers it to be a fraud to convince ourselves that AI is an intelligence and calls for us to refer to it as ” so-called AI ” from now on (for the sake of simplicity, however, we leave it at AI in this article).

Those who restrict intelligence to the ability to recognize connections in order to solve problems may come somewhat closer to what is “sold” to us as artificial intelligence. At least the networking of workflows and machines could move closer to self-controlling and autonomous production systems. And robots, in combination with AI, will take on ever more complex tasks – up to the point of making independent decisions. This point is – depending on your point of view – within reach or still far away.

But what is artificial intelligence (Al) really? We now encounter these terms everywhere – including in the printing industry. They often (not just a little) lead us astray. So, here is an attempt to define the relevant terms.

If we talk about the fact that the knowledge of entire generations of lithographers has flowed into image processing software, this has nothing to do with artificial intelligence. This knowledge about color matching, clipping or copying is written into software that doesn’t learn anything new. Here we are dealing with an expert system that can provide support in image processing.

So-called artificial intelligence, however, is based on a special type of algorithm, i.e. a sequence or synchronicity of individual instructions with which computer software can solve problems. However, not all algorithms are intelligent. The computer “Deep Blue”, which beat the then world chess champion Garri Kasparov in 1996, worked with a fixed set of rules that did not change. Algorithms are only intelligent in the narrower sense if they have the ability to learn independently. And this is most likely to be the case with machine learning.

With machine learning, data as well as descriptive information (metadata) are inserted into a computer program. For example, a computer software configuration is fed with 1,000 images of cats and associated meta information such as “This image shows a cat”. The program tries to recognize patterns and laws in the data and, by continuously adjusting images that it has not yet seen, it will indicate a statistical probability with which it believes to recognize a cat.

However, this can lead to an error rate which – if image recognition is used for humans – can be quite frightening.

Less critical are other application areas in which forecasts can also be derived. The advances in text and speech recognition, automatic translation, navigation systems and autonomous driving are based on machine learning, where data is evaluated, and the probability of success is increased through training. Machine learning is the prediction of events based on existing data.

“People are in a position to create something new and provide creative services. Likewise, people often develop emotional intelligence. Due to this, AI systems still fail today. They cannot think and therefore cannot derive useful action. But the systems (perhaps even better than humans) can recognize patterns and connections, distinguish differences and learn rules.” – Bernd Zipper.

Somewhat closer to what we understand as intelligence is deep learning. This is an even more complex variant of machine learning, in which artificial neural networks are used based on a biological model: the human nervous system. This is known to consist of nerve cells (neurons) and cells in the nerve tissue. Neurons are linked by synapses, the nodes through which a nerve cell is in contact with another cell. Synapses serve to transmit signals and can also store information.

So far, so good. But the number of synapses in an adult’s brain is about 100 trillion. This number alone should indicate that artificial intelligence can only represent a part of human intelligence. Therefore, systems in the Deep Learning category also remain, to a certain extent, ” one-track specialists”. Although it is possible to bring a computer or robot to world championship level in chess with the help of learning algorithms, it cannot then teach itself how to play a game of Halma.

In addition, such systems lack the versatility and flexibility of human intelligence. After all, anything that has to do with social and emotional intelligence, such as intelligent interaction with others, is better suited to humans than computers or robots. The team concept, for example, is not familiar with AI systems. This alone is a real pain in the neck.

Tasks within the printing industry

Deep learning applications are always superior to humans when it comes to analyzing large and unstructured data sets (big data). In research, for example, AI can help to test x- thousand times more possible alternatives for new materials than would be possible with experimental methods.

So the question arises as to what tasks we have in the printing industry that could be solved by artificial intelligence and/or learning software? One example is predictive maintenance, in which the software uses historical or real-time data to determine whether machine damage is about to occur and intervene before the event occurs. Or dynamic print planning, where software optimizes jobs and allocates them to the company’s offset and digital presses. Collective forms are compiled from a pool of print jobs and print planning and dispatching is carried out simultaneously in real time.

Building on this, it would be conceivable for a deep learning tool to predict whether it would be worth waiting for further orders to fill a collection form or not, based on order behavior and operational workflow conditions. This could also be the case for intelligent capacity utilization of printing press networks (such as online print shops). If the type of press, equipment features, degree of utilization, etc., are known in such a network, then measures can be taken to optimize it, taking into account the quality description of the jobs, the expected costs, the deadlines and the necessary dispatch logistics. Software predicts where and when capacities will become available, learns which jobs can be filled with them and suggests optimized utilization scenarios. Such software would also be conceivable for platforms that broker print jobs nationally or internationally.

From helper to partner?

Looking at AI in industry 4.0 factories, cooperative robots are already being used that work hand in hand with people in teams. Robots that assist humans in loading and unloading CtP or large-format printing systems are current examples from the printing industry – but not real fields of application for artificial intelligence.

Nevertheless, AI has developed from a little helper to a partner who can take care of many tasks so well that in the end it is almost impossible to say whether man or machine did it. But everything that AI can and does do remains within a certain framework and is based on parameters that were previously set. Exactly the input with which an AI software was fed can be reproduced – that’s it. An AI that can optimize print jobs cannot spit out recipes for burgers. And an image recognition AI can tell me whether a piano can be seen on an image, but it still cannot play the piano.

My Take: Artificial intelligence is the attempt to let computers perform services for which human beings need intelligence. However, this goal can only be achieved to a limited extent to this day. The knowledge of machine learning has existed for decades, but for many years there has been a lack of computer power to use the possibilities in practice. Artificial intelligence, however, requires extremely powerful computers. The fastest current computers are by far not enough. Everyone who is seriously involved with AI knows this. It is not for fun that quantum computers and qubits are currently being researched in China and the USA, which will increase computing power exponentially – once they are available. The possibilities of quantum computing – if they are available – will completely turn our existing world upside down.

But apart from that, I am sure that in ten years’ time we will be laughing heartily at the so-called Artificial Intelligence Anno 2019. Nevertheless, we have to take the approaches seriously, because the production advantages are already unbeatable today. If only this topic wasn’t lacking the emotions… 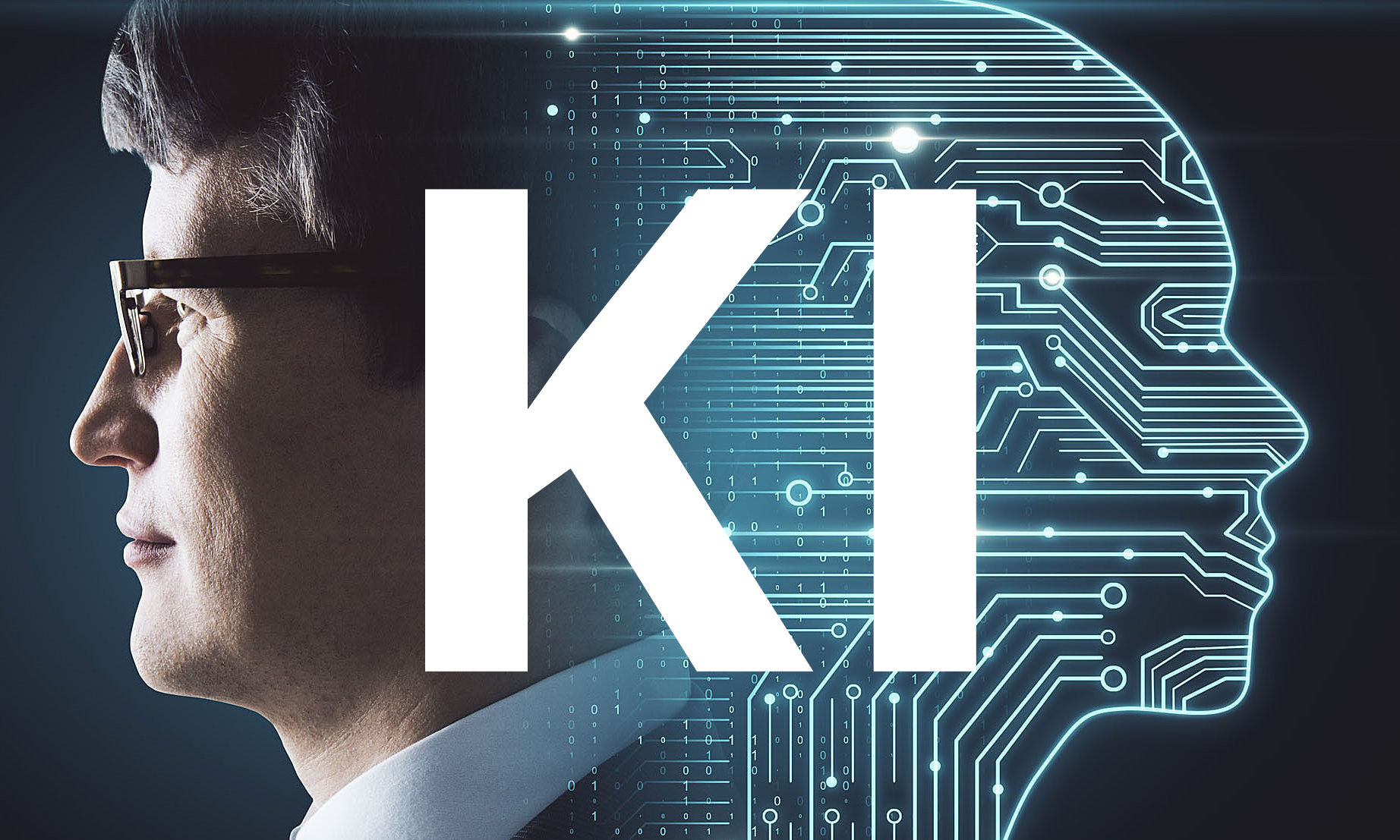 Article Name
How Intelligent Is Artificial Intelligence Really?
Description
Artificial intelligence (AI) is the attempt to let computers perform services for which humans need intelligence. However, this is still not possible today. It is therefore advisable to be cautious when dealing with the term artificial intelligence, since certainly not everything that is currently sold to us as such can be described as AI.
Author
Bernd Zipper
Publisher Name
beyond-print.net
Facebook Twitter Google+ LinkedIn more
Pinterest Tumblr Email
Bernd Zipper